A late direct free-kick from Manchester City’s Riyad Mahrez was enough to take Algeria through to Friday’s CAN 2019 final where they face Senegal at the Cairo International Stadium.

The Super Eagles had managed to claw themselves back into a tie via the penalty spot in a game where they were outclassed by the Desert Foxes for large spells before Real Betis defender Mandi handled in the area after a Etebo speculative drive.

The Zambian match official consulted VAR and it appears that any hand in the area, however innocuous, unintentional etc is now deemed to be worthy of a spot kick. Ighalo dispatched the penalty and gave some hope to a Nigeria side lacking creative sparkle up until that point.

Ultimately, a moment of genius from the City player in time added on at the end of the action was to dictate the outcome with a free-kick that Lionel Messi would have been proud of.

Riyad Mahrez curled in an injury-time free-kick to send Algeria through to the Africa Cup of Nations final in a 2-1 victory against Nigeria.

The game had looked to be heading to extra time as the two teams battled for the right to play Senegal in Friday’s showpiece, but Manchester City midfielder Mahrez won it for Algeria late on.

Algeria went ahead courtesy of a first-half own goal by William Troost-Ekong, with the Udinese central defender turning a Mahrez cross into his own net. 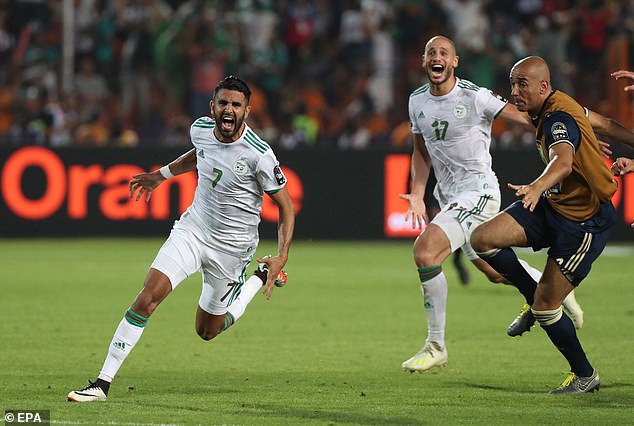 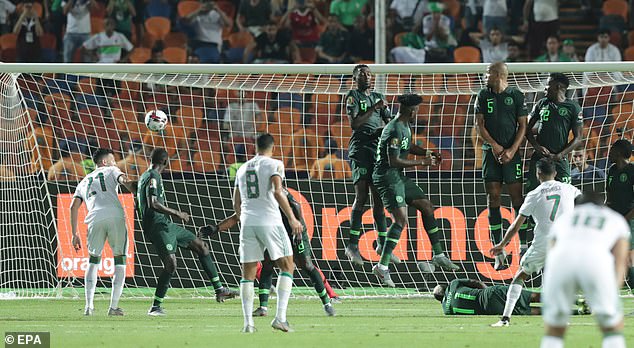