Black Stars coach Kwesi Appiah is set to name his provisional squad for the 2014 World Cup next week as the country commences adequate preparation for June’s trip to Brazil.

Goal takes a look at five outsiders who have excelled with their respective clubs this season and thus deserve a place in Ghana’s yet-to-be-announced World Cup roster.

The 23-year-old Helsingborg winger is yet to be capped by Ghana at any level although he was invited to the Black Stars for the 2014 World Cup qualifier against Sudan in March last year.

A very fast and explosive wideman with fantastic footwork and a keen eye for goal, the Right to Dream Academy graduate has netted 11 goals so far this year, including seven from seven games in the Swedish Allsvenskan. Accam has pace and flair in loads and would be useful on the flanks for Ghana.

After a no-show at German side TSG Hoffenheim, Acquah has burst back to life at Italian outfit Parma and has been one of the best holding midfielders in the Italian league this term, during which he has played 22 times – scoring once – and shielded the Gialloblu’s back-four so well that Parma even went seven games unbeaten at a certain point in the ongoing Serie A season.

With regular Rabiu Mohammed still rediscovering his post-injury form and veteran Michael Essien yet to make a full return to his former self, Acquah, who also has a good passing range, can be of help in the middle. 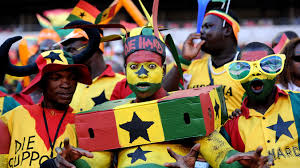 With 11 goals in the current Egyptian top flight season, the Ismaily striker has shown his remarkable predatory instincts and justified why clubs like Al Ahly and Zamalek along with several others in north Africa and across southern Europe are in the hunt for him. Good in the air, ambidextrous, possessing great strength and spectacular vision for shooting on target, Antwi is Ghana’s top scorer abroad, behind Al Ain’s Asamoah Gyan.

With either Daniel Opare or Harrison Afful as Ghana’s first-choice left-back any day (despite the fact that they are both right-footed), it would be ideal for the coach to get a ‘natural’ as back-up to the pair and, to that end, the Greuther Furth youngster seems the best choice.

Rahman has been instrumental in helping his club qualify for next season’s Bundesliga following last year’s relegation. Very athletic and able to join the attack as well as track back for defensive duties when required, the teen – who has been invited to the Black Stars’ fold thrice already – should be in Brazil, all things being equal.

Manu, who recently stated he would avail himself to play for Ghana although being very much on the radar of the Dutch national side, can operate on both flanks, as a typical No.9, and also just behind the lead striker. The Feyenoord youngster, who spent the second round of this season on loan at Eredivisie side Cambuur, netted six goals and gave three assists to propel the latter from the drop-zone to mid-table.

The Alternative National Congress: A charity agency or political party?

February 23, 2020February 23, 2020 admin2ANC, Charity, Political Party
The Editor,   Is there any smart person in the ANC? The disability gesture or advocacy program is good but...

Nate Richardson from a war-torn Liberia, to UFC dream

Is First Lady Clar Weah a Philanthropist?–A Call To Audit Her Office for US$2.2 Million

Liberia: The Violence of Democracy, Review